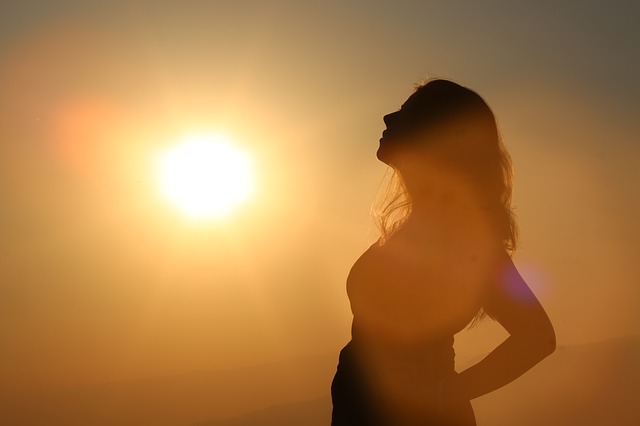 Pregnancy is still a very important episode of a woman’s life in traditional cultures like in Sri Lanka. Pregnant mothers, therefore, are a special focus not only in their families, but also in their neighbourhood and in the society.

More the attention, more the myths revolve around this. Your elders, friends, neighbours will say many things about it. However, is there a truth in these?

Just to list a few such common myths in Sri Lanka, surrounding pregnancy.

Myth: If the mother turns beautiful during pregnancy – It is a sign of a baby-girl

Some look at the mother and try to predict the gender of the baby. They predict a baby-girl, if the mother becomes beautiful during pregnancy, and if otherwise a baby-boy can be predicted. Especially, if certain parts of the pregnant mother’s body turn dark, such as the neck area, a baby-boy is predicted.

Fact:
Average Sri Lankans are generally black or brown. When a woman is pregnant the darkening hormone called melanocyte stimulating hormones levels increases. Because of that, she may get darker skin in the armpits, groin area, below the naval, up to the hairline, around the neck or eyes, or faces. At the same time because of retention of fluid in the body leads to puffed up appearance. This is a normal thing. One cannot predict the sex of the baby by this sort of changes.

Fact:
If the tummy is bigger one may have to exclude twin pregnancies diabetes of the mother or increased fluid levels around the baby in the womb. If these things are, excluded one cannot predict whether the size of the tummy, will lead to a boy a girl. Generally, baby boys are heavier than girls are. However, there are exceptions to the rule. Furthermore, the size and direction of the belly can change based on the body structure of the mother and the position of the baby.

Myth: The food taken determines the skin colour of the baby
Any mother would love to have a fair cutie. Traditionally, it says that if you take certain foods, it can change the skin tone of the baby.

Fact:
It is important to know that skin tone is genetic. It cannot be determined by the food you take. The colour of the baby will depend on the genetic composition that will be contributed from the mother and father or their grandparents. Instead of taking food to make you baby fair, take food rich with nutrients to make your baby healthy. Healthy babies naturally have a healthy skin that looks nice and bright.

Fact:
It is important to eat more because you need more nutrients for the healthy growth of your fetus. If your wish is a healthy baby, having a diet full of necessary nutrients is extremely important during pregnancy. Talk to your doctor, get advice on your diet, and make sure you take essential nutrients in right quantities daily.

Myth: You should not work more when you are pregnant
Pregnant mothers are mostly freed from their normal day-to-day heavy work due to pregnancy. It says that heavy activities are not good during this period.

Fact:
The baby’s growth and the weight will be determined by the mother’s general health status, nutrition, and the body size of the father and mother. If the mother is doing extremely heavy work like manual labourer who is a poor woman, who does not have enough nutritious food, tend to have small babies, anyway. The small babies are healthy and they will catch up growth after birth. In certain cases you may have to avoid certain activities, but not all. Therefore, you should try to spend a normal life as much as possible doing routine things that you used to do. You can talk to your doctor before deciding.

In addition to afore mentioned, there are some commonly known signs during pregnancy. Morning symptoms, Preference for certain foods (Dola Duka) and Repugnance towards food cooked by self are prominent among them. These also can vary from person to person. Some will get it, some will not. The same mother will experience it for one child and not for the other child. Therefore, you should not get pre-occupied with these and scare yourself.

Fact:
Pregnancy craving and pica is an unusual psychological expression due to  hormones and socio cultural reasons. Some women will not like some smells. Even they will not like husbands coming closer to them. Some women get the craving to eat sour foods or exceptional they will eat starch clay and some other odd items. This again will disappear and nothing to be frowned upon.

The only option to avoid unwanted confusions and disappointments during pregnancy is to depend on a reliable person like your doctor for advice. Today the technology is very advanced and doctors can predict many things accurately, including the gender of the baby. Consult your doctor all the time to clear any doubts you have about pregnancy. This will make your life a lot easier and help enjoy your pregnancy days and motherhood later on.