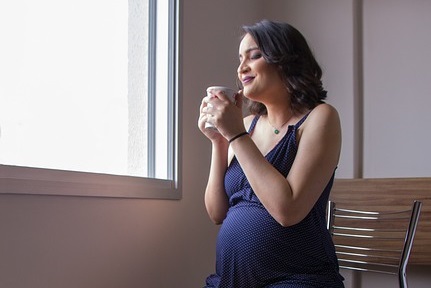 Pregnancy is a serious condition that is different to every couple. Most of what is taken in by the mother has a high  chance of affecting the baby. Often you will have questions about what is safe to eat, and what activities should be avoided during pregnancy.

It is commonly asked; what foods are best not to eat during pregnancy? You will hear many remarks from relatives, neighbours and even your own parents on what you should eat.

You can ideally eat anything you are not allergic to. This means your diet can include cuttlefish, prawns, pineapple or in other words what people call “healthy” foods.

Avoid damage to your body by being mindful of your weight as it could result in back pain and joint pains. Exercises that can be done during pregnancy;

Exercises that you should avoid during pregnancy

Rest and sleep during pregnancy

Rest is very important during pregnancy. It is however possible to carry on working on usual activities. Care must be taken not to take up and excessive activities during the first and last few weeks of pregnancy. Generally about 8-10 sleeps is adequate for most pregnant mothers, however it is normal for pregnant women to feel tired and restless, though it is not a general reason to be concerned.

Hygiene and cleanliness during pregnancy

Travelling while being pregnant

Travelling is difficult during the first and final weeks of the thirst trimesters, and most women agree that travelling is easiest during the second trimester. It is best to avoid long trips and plan ahead as you might want to make stops to go to the toilet. Often there could be swelling in the legs which could be avoided by stopping and walking around. Most modes of transport are safe, however you will find discomfort on bumpy roads and vehicles with big jerks should be avoided. Wearing a seat belt though recommended should be worn with care, and should be under the abdomen.

Air travel is recommended mostly till only the 36th week, and should be avoided if you are suffering from any ailments such as pre-eclempsia (high blood pressure), sever anemia or placenta praevia. If you are still in any doubt, consult your doctor before travelling by plane.

Having sex while being pregnant

There is no reason to avoid having sex during pregnancy unless it is advised by the doctor due to certain complications such as increased risk of miscarriage.

Smoking or alcohol consumption during pregnancy

As smoking will affect pregnancy in two ways (active and passive smoking) advise should be given to refrain from smoking. Smoking causes large number of adverse affects in pregnancy including small baby, miscarriages and still birth, delivery before expected date and placental problems; such as premature seperation of placenta also known as abruptio placentae.

Exposure to radiation and chemicals during pregnancy

We come across radiation from our televisions, electrical appliances, mobile phones and computers. It is often a worry to mothers and fathers if it will affect chances of getting pregnant, or if it will more importantly affect the fetus.

There are drugs that can be taken during pregnancy that will not affect the fetus. It is important to assess the condition you are having and to make sure you mention your doctor that you are either trying to get pregnant or that you are pregnant before taking any type of drug.

Other serious illnesses that need to be considered if getting pregnant:

Do you have psyciatric illness such as manic depression or phsycosis consult your doctor regarding medications you are taking, as some medicines such as Lithium Carbonate can cause fetal heart abnormalities. Any other mental illness that the woman has also needs to be discussed with the doctor as medication needs to be adjusted or changed.