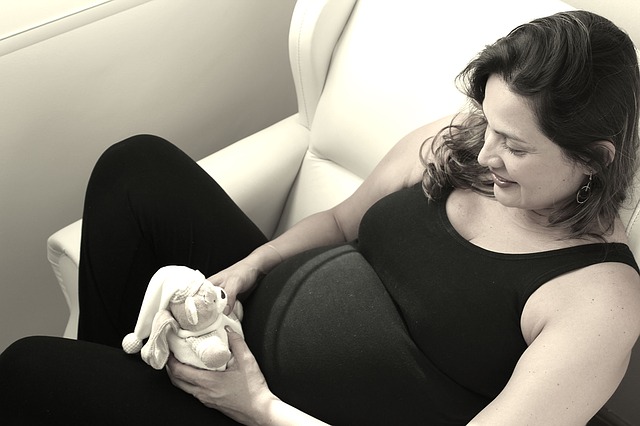 There are various myths, beliefs and sayings about conception. In this article the Baby Space will help you understand basic factors which every couple should know about fertility and conception.

External and internal factors can cause infertility
Your habits and external environment are factors that you should pay more attention to. Habits like smoking and drinking of both parties (you and your partner) will decrease the chances conceiving. Smoking especially affects sperms in different ways such as the sperm count, sperm shape and sperm movement. Smoking could also cause erectile dysfunction.

In addition to smoking, drinking can also affect you. Excessive drinking will also cause decreased sperm counts and malfunction.

Sexually Transmitted Diseases or STDs also has a negative affect on couples trying to conceive. STDs influences the male reproductive tract that leads to semen transfer ineffective. Also if a STD enter a female this could cause the female to have malfunction in fertility. However if treated properly risks of infertility can be reduced.
Toxic chemicals in the environment can also affect fertility. Most of the people are exposed to toxic chemicals in workplaces so if your occupation involves daily exposure to toxic gases take steps to protect yourself.

Weight is another aspect that you should pay attention to. Overweight is connected to negative effect on semen health.

Know your biological clock
It is found out that fertility decreases with the females’ age. The older you are the lesser the chances of you conceiving gets. Even though most of our females consider getting pregnant as early as possible in their marriage, now we see many couples putting the option off because they hope to get economically stable before having a baby. We should also keep in mind that waiting too long to conceive could have negative effects.

A female is most fertile when she is in her early twenties and after the age of 27 the fertility levels gradually decreases. It is found that a female who is trying to conceive at the age of 40 has only 5% of chances to succeed.

Researches have also found out that the fertility of the sperm could decrease with age and some believe that the older the male gets could result in health defects in the baby.

Such symptoms could mean that you are suffering from pelvic inflammatory disease and endometriosis which could lead to infertility.

Seek a doctors help
If you have been trying to conceive for over a year or for six months if you are over 35 years of age and haven’t succeeded you will have to seek help because over 75% of couple gets pregnant within the first year.

However if you are over 35 years it is best to seek doctors help before long because with time the chances will only get thinner. This applies even when you have had a baby before and have trouble conceiving this time.

Sperm Health
It is found that heat has bad effects on sperm. It a male is wearing a very tight short or underwear the sperm will be affected. It is important to wear underwear with breathable fabrics where the air circulation is good.

Long hot baths will also affect sperm health including heated car seats and laptops. Heat could decrease sperm movement and sperm count. And it takes time for sperms to recover from heat.

Internal Issues
If there ate tumours in the uterus or the ovaries of the female there could be risks in conceiving. This is because tumours will prevent ovulation or implantation could be effected as a result of fibroids in the uterus cavity.

De-stress Yourself
Couples should manage there stress levels because this way the chances of conceiving is high. Trying to conceive for a long time can be stressful but blaming yourself or trying harder will only increase the stress levels of you and your partner so it is advisable to seek help. When one is stressed there is a high risk of cardiovascular and autoimmune diseases and asthma.

Having an orgasm
An important to remember is that having an orgasm does not have anything to do with conceiving. It basically happens when a male’s sperm fertilizes the female’s egg. So you don’t have to worry if you don’t reach your orgasm all the time. However it is important for you partner to reach his orgasm as it helps to release the sperms although some semen can be released during sexual intercourse before ejaculation.

Medication
Keep a track on every medication you take before conception because some medication could cause infertility and health defects in your baby. Feel free to ask your doctor every minute detail and if you feel odd after taking the medication immediately consult the doctor.

The fish your eat
It is important to pay more attention to the amount of fish that you consume. It is indeed healthy to eat fish before conception as it is rich in omega-3 fatty acids and vitamin D but however studies have shown that fish also contain mercury which can be unhealthy and cause medical conditions.

Dental check-ups
It is understood that hormonal change during pregnancy could cause gum diseases. This is caused by increased progesterone and estrogen levels which make the gums to react in an odd manner with the bacteria. So it is healthy to see the dentist and have a check-up done.

Birth Control
If you were on birth control till you and your partner decided to have a baby it is best to finish to the current pack before tossing it away. This is to avoid irregular bleeding which is caused by hormonal changes that are taking place in your body.

Also it will take few months for the cycle to function normally again but it is possible o conceive just after stopping on the pill. So if you do get pregnant again before your cycle start functioning in a normal way again does not panic as it won’t have any negative effects.