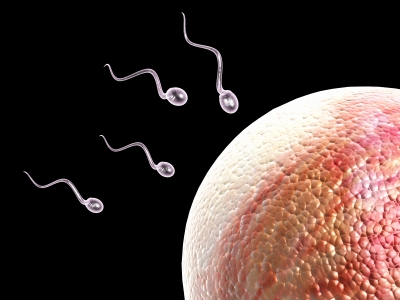 Fertility is the natural capability of producing offspring. This can be divided into being able to conceive, and being able to carry a pregnancy to full term and deliver a baby

At the time of ovulation if a woman feels secretions in her genital area and try to stretch the secretion between thumb and index finger she will be able to stretch it to about 5cm. This shows that she is about to ovulate. Occasionally she may have a little bit of brownish or blood with this secretions. This is called mid-cycle spotting. If the woman wants to conceive, she should have intercourse at this time. If she wants to avoid, she can use natural or artificial method of contraception such as condoms at this time. A man called Biling popularized this method.

Ideal age a woman should conceive is between 25-30. After 35, her nucleus in the ovum or egg gets defragmented and she will conceive, abort, or end up with a chromosomally abnormal baby such as Downs Syndrome.

If the woman is above 35 if she does not conceive after 6 months of regular intercourse, she should seek specialist fertility advice.